Quality in Aged Care Part 2: How PAC is delivering what people want 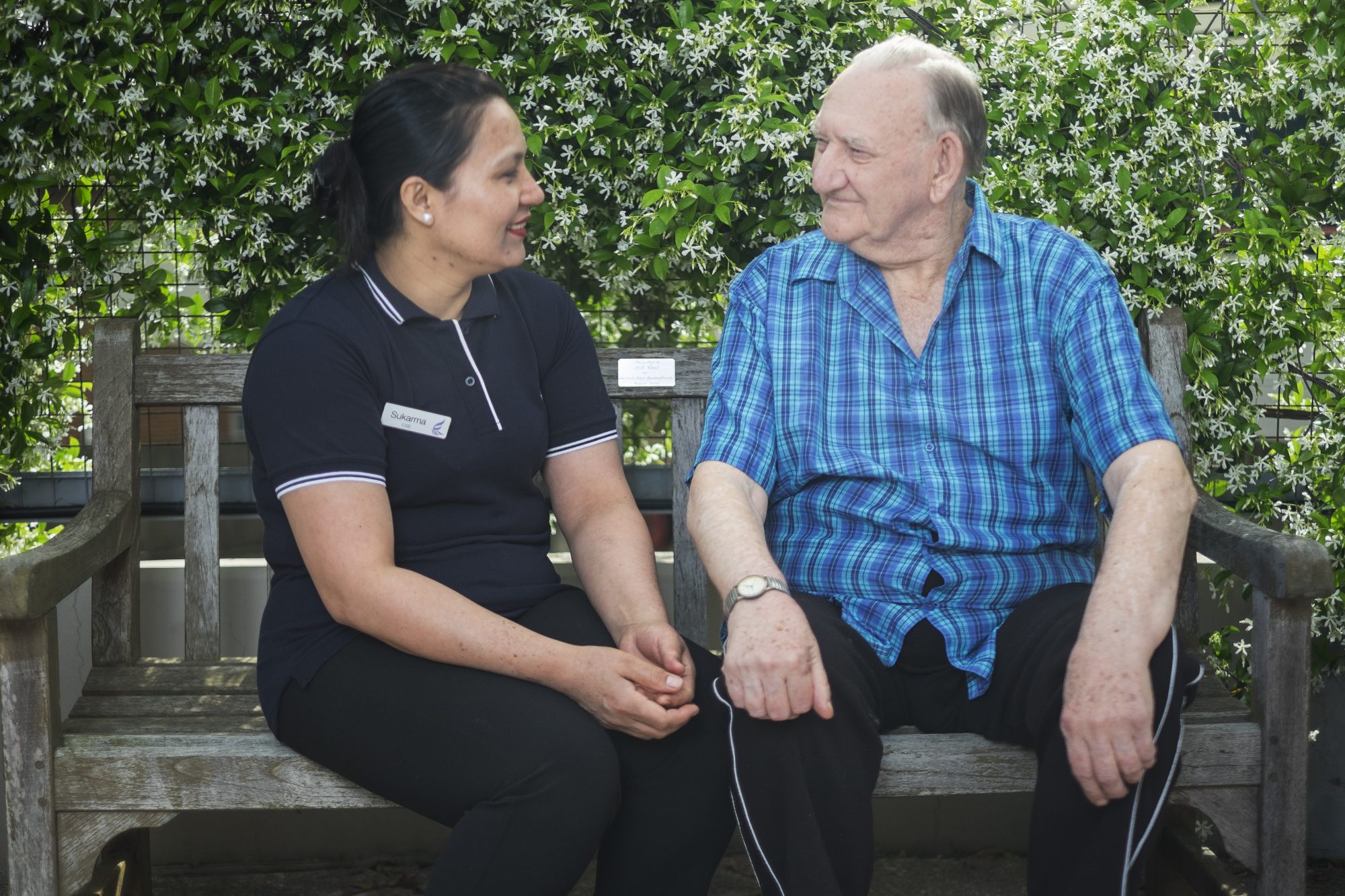 The following is a continuance of my previous blog: Quality in Aged Care Part 1: What do people actually want? Here we found with the assistance of research that people measure the quality of their care more by the relationships they experience with carers, rather than many peoples’ assumptions of clinical care being the most important factor in their satisfaction. In keeping, Presbyterian Aged Care has developed the following informed approach to providing quality aged care:

Presbyterian Aged Care (PAC) has long recognised how important relationships between people are.  In 2015, we developed a statement of our philosophy of care and our strategy for achieving it.  We called it People At Centre.

Core to this was to conceive of the older person as the centre of all that we do. 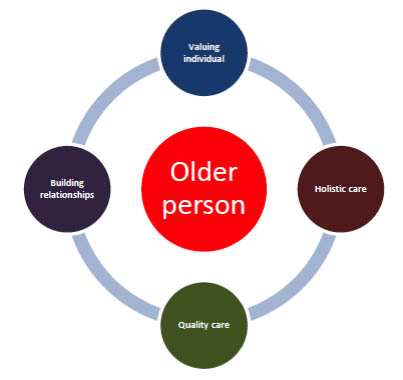 The older person is our reason for existing.  PAC is there to empower older people to achieve their goals and have meaningful roles in life; to respect their dignity; to show compassion and love by caring and nurturing the whole person – physical, social, emotional and spiritual.

In that context quality care is vital, but equally as important is building relationships.

The aged care industry is recognizing how important it is to put the consumer at the centre of what we do.  For example, our colleagues recognized our People At Centre strategy with a commendation at the 2015 Aged & Community Services NSW & ACT Excellence in Aged Care Awards.

What happens when the care is not quality?

Of course, when we recognise the centrality of relationships to aged care quality, we immediately see how tenuous this can be.  There are an estimated 350,000 staff in aged care in Australia.  And not one of them is perfect.

Relationships can break down.  Mistakes happen.  Systems fail or are ignored.  And sometimes crimes are committed.

Rae Lamb, the Aged Care Complaints Commissioner, promotes a blame-free approach to receiving and responding to complaints.  She particularly encourages providers to offer an apology when things do go wrong.[i]

What does this mean for national policy about quality of aged care?

As mentioned previously, the Federal Government is preparing new Aged Care Standards.  There are also a number of Parliamentary and Ministerial reviews underway where quality in aged care is either the primary or a major focus.

Understandably, advocates are wanting to put a stop to examples of really poor care.  Many of the proposals put forward seem to be predicated on a need to be more prescriptive about how aged care providers and their staff are to act, especially in terms of clinical care in areas such as use of restrictive practices.[ii]

Aged & Community Services Australia (ACSA) noted that Braithwaite et al (Regulating Aged Care, 2007) found in their investigation of nursing home regulation in the USA, UK and Australia that simply creating new rules about how care ought to be provided does little to improve quality:

“With nursing home staff and inspectors alike, excessive demands for a task orientation distract attention from the outcomes that matter. The result is the creation of health bureaucracies and regulatory bureaucracies that miss the big picture” and “The pursuit of precision, either by protocols or by the proliferation of ever-narrower rules, causes an unreliability that is a symptom of a deeper and many-sided malaise of regulatory failure. This is especially depressing since the pursuit of precision usually fails in its own terms – it fails to deliver precision” (page 230). [iii]

By contrast, ACSA argues that broad-based, outcomes-focused regulation is needed.

And I think that’s right.  If older people’s main concerns are actually around aspects of quality of life, then focusing solely on prescriptive regulation will fail to address what’s most important.  Arguably, the move to give older people greater choice and control over their own services is likely to be more effective than prescriptive regulation.

As ACSA says, regulatory processes are important in ensuring a level of safety for older people and confidence in the aged care system.  But regulation implemented in the context of a moral panic has a high likelihood of being counterproductive, undermining the confidence of the very workforce that is fundamental to provision of high quality care.[iv]

Regulation can never produce relationships between people.  And ultimately, quality relationships are what quality in aged care is fundamentally about.

[i] https://www.agedcarecomplaints.gov.au/wp-content/uploads/2016/11/Better-Practice-Guide-to-Complaint-Handling.pdf
[ii] For example: https://www.news-mail.com.au/news/hitting-the-achilles-heel-of-aged-care-nightmare/3214194/
[iii] http://www.acsa.asn.au/getattachment/Publications-Submissions/Submissions/FINAL-ACSA-SUBMISSION-EFFECTIVENESS-OF-THE-AGED-CARE-QUALITY-ASSESSMENT-AND-ACCREDITATION-FRAMEWORK.pdf.aspx?lang=en-A
[iv] There is evidence this was the result of the system of compulsory reporting of assaults instituted in residential aged care following a similar media-driven focus on abuse in aged care in 2006-07.  See ACSA Elder Abuse Position Statement referenced at endnote 1.